Wondering how to be the best girlfriend for your man? Well, what you should know and understand is that your man is not looking for absolute perfection in you.

Most times, your man does not just want you to exhibit certain qualities that will keep attracting you to him but also love you the more for a stronger and fulfilling relationship.

Highlighted below are some qualities you should exhibit to take your relationship friendship game to the next level.

Make him your best friend

He expects you to be more than just a friend. He wants you to be his best friend so that you can both confidently share your feelings, deepest secrets and talk about anything without being judgemental.

You also need to be a good listener and try to understand him as well. Allow your boyfriend to experience your dreams, hopes, fears, and weaknesses.

With time, you will become irreplaceable and your relationship will flourish into something more beautiful with each passing day.

Look pretty for him

It is imperative to make every effort to look pretty for your boyfriend. That’s because men are usually moved by what they see.

But, it’s sad that ladies abandon their effort to look good for their man later on in the relationship, which is a big mistake.

Occasionally ensure you stimulate your man’s imagination by looking pretty for him and by surprising him once in a while with something pleasantly surprising. Like changing your hairstyle, wearing his favourite colour, underwear he likes you in or even his favourite fragrance. 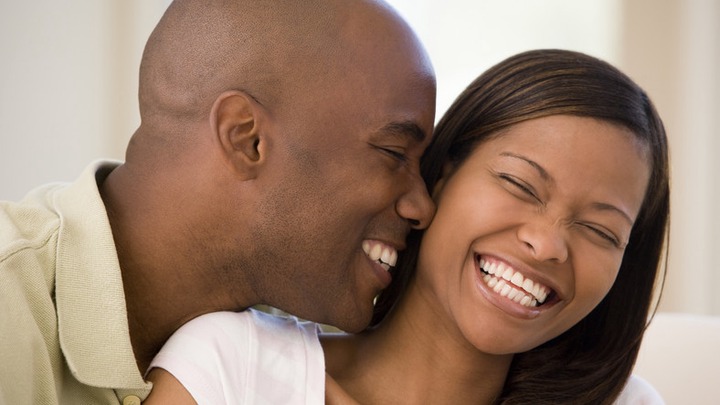 No man likes a nagging woman. In fact, men hate it when their woman nags them. Try not to raise your voice at him instead complain strategically. And always try to reach a compromise when necessary.

Ensure you put communication at the core of your relationship so that both of you are always on the same level and there will be no need for any nagging.

Sometimes men get a bit irrational and come up with these crazy ideas and goals. When your boyfriend says that he’s going to do something, whether the idea sounds stupid or makes sense, all he wants is your support.

To be the best girlfriend, you should dotingly tell him how stupid the idea sounds to you and try talking him out of it. But if he doesn’t want to back down, then, it is obvious that your man is taking his idea seriously, so, you need to give him your unwavering support.

Show him affection when you are together outside the bedroom. These are small changes you need to make so that your relationship can be stronger. Consequently, you could touch him more when talking, hold his hand or rest your head on his chest or shoulder.

You should spend time holding each other and cuddling when watching television or reading.

Jealousy brings about suspicion. So, it will be wise not to do anything that will make your boyfriend jealous. There’s nothing wrong with having male friends, but ensure your relationship with them is very transparent. You shouldn’t encourage over the top banter with men on social media, over-possessive of your phone or flirt with just any man to make him jealous.

This site uses Akismet to reduce spam. Learn how your comment data is processed.