The fashion faceoff is between beautiful Big Brother Naija 2019 ‘Pepper Dem’ edition winner, Mercy Eke, and disqualified fellow housemate, Tacha. They both wore beautiful pink dresses that did justice to their silhouette.

There seems to be an unending drama between Mercy Eke and Tacha on social media several months after the show that brought them together ended. Even when it comes to their fashion and style, they try to outdo each other. They both have a great sense of style. And sometimes, they seem to have similarities in their choice of style.

Mercy who is the first female winner of the reality show has continued to prove that she’s not only the ‘queen of highlights’ but also a style aficionado.

One of the fascinating things viewers noticed about her during the reality show was her love for fashion and how elegant she rocks her outfits. And when she eventually emerged winner, she went the extra mile to upgrade her style by working with creative fashion designers and stylists. And today, she’s one of the fashion influencers.

And if there is one thing Mercy Lambo as she is also fondly called by her fans has continued to do gracefully and with ease is to serve her numerous fans with dynamic fashion and style goals.

Recently, Mercy rocked a lovely pink dress. The spaghetti strap knee-length figure-hugging dress beautifully highlighted her shape. She completed her look with a pair of lovely pointed-toe pumps and a cute handbag. 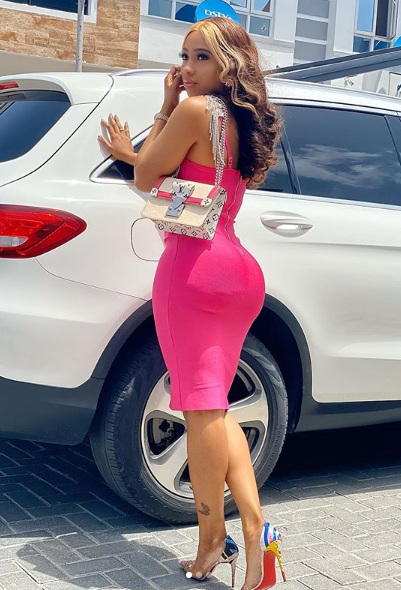 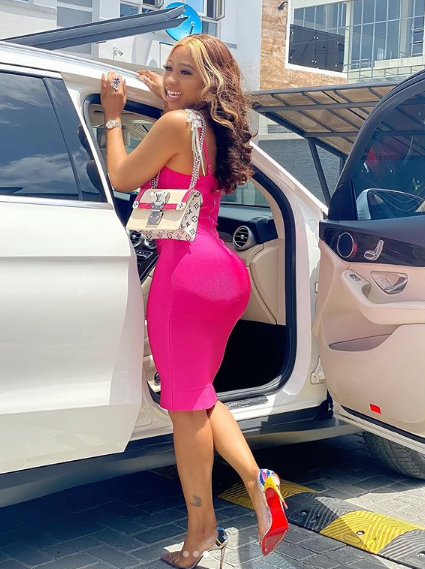 Meanwhile, Natacha Akide popularly known as Tacha was not as fashionable as Mercy during her stay in the BBNaija house. However, after her disqualification from the show, she had to step up her fashion game. She’s one of the style diva’s to be reckoned with today. Tacha is known to confidently flaunt her cleavage in most outfits she dons. Her style could simply be described as eclectic.

On her part, Tacha wore a lovely body con pink dress and she looked absolutely breathtaking. The figure-hugging knee-length dress featured cap sleeves and low neckline which displayed her cleavage. She harmonized her look with lovely strappy flat sandals and black purse with a silver handle that complemented her sandals. 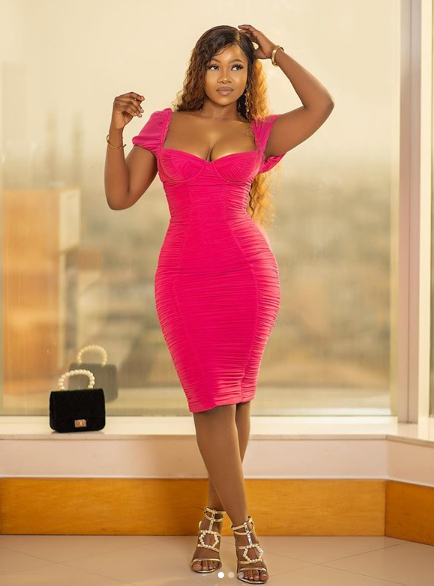 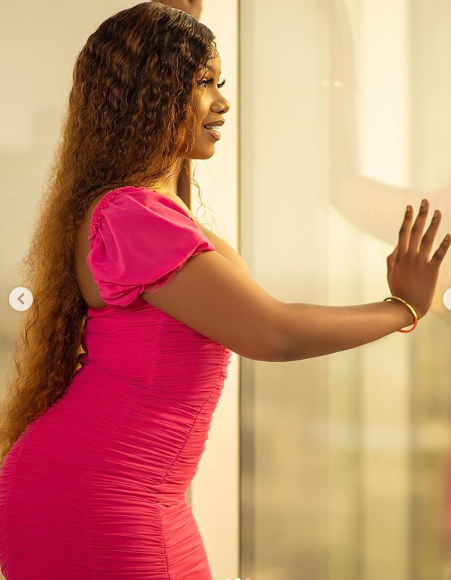 No arguing the fact that Mercy and Tacha are both style influencers and slayers. They both look effortlessly chic as they showed off their curvy silhouette in their respective striking pink dresses, however, who in your opinion rocked the pink dress better? Is it Mercy or Tacha? Let us know in the comment section.

Why I Didn’t Request Army, Police To Stop Those Who Razed Nation Newspaper, TVC – Tinubu